About Writing a Romantic Comedy Series

About Writing a Romantic Comedy Series

Writing a series can be hard, or so I've heard. I haven't actually done it for a very long time; I only just delivered the fourth book in my very first series to my editor and am currently working on the fifth. One of the challenges is not messing up continuity, which becomes harder with every book; another challenge specific to the things I write is keeping the tone consistent. 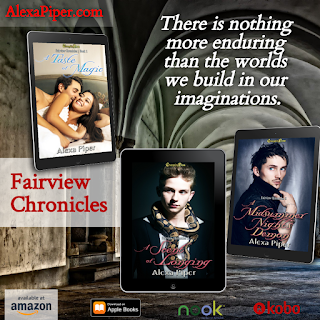 In my case, or in the case of Fairview Chronicles, this means keeping it funny. I don't think there's a recipe for that, or if there is, I'm not aware of it. I also don't sit down with the intention of writing a comedy, I sit down with the intention of writing about people and the way they see the world. Of course the people I like to write about are a little weird, and most of them are okay with not taking themselves too seriously.

I think that is key for me and for keeping it funny and entertaining for the reader: my characters have to remain optimistic, willing to see the best in a bad situation, because make no mistake, comedy or not, I kill off characters, and there is generally some gore. Sometimes the two are unrelated, the killing and the gore I mean. Just pick up A Midsummer Night's Demon, you'll see what I mean.

Another strange thing about writing comedy is that you as the writer won't always be able to tell whether you did it correctly, because the audience's reaction is what makes a comedy a comedy. I have to rely on other people for that, scary in and of itself, and when I write the first draft of anything, I do my best and use all my writerly skill, but in the end, the joke has to connect with the reader. It always makes me happy when it does, and in fact when I first started out, a short story of mine made second place in a small local competition. It got read out loud during the award ceremony, and the laughter from the audience was something I will never forget, because it was wonderful, and it told me I had done my job right. 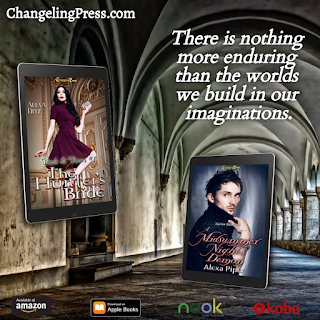 Series offer one other tool to make a thing funny. Okay, two tools. One is Easter Eggs. Yes, the things you know from movies. I have those in my books. Odd references to other books, and I sometimes get very meta with it. The other tool I use is a well-shaped world, characters with individual and shared history, and so there will be running jokes. The trick is to make those accessible to new readers as well as those core fans who know more about my world than I do.

Whether I am hitting the mark with all of these things is something that you, dear Reader, get to judge in the end. I certainly would love it if you gave my books a chance! The latest in the Fairview Chronicles is A Midsummer Night's Demon, which was possibly inspired by Shakespeare: wicked witches, demons fleeing hell to look for love, and loads of running. All deaths in this book are due to natural causes, but the gore isn't. Happy reading!

If you like vampires, banter, and bardic prose with a bit of decapitation, might I direct you to The Hunter's Bride, the first in my Dusk & Dawn series. Someone reviewer took it upon themselves to warn readers about reading this in public, because it seems to have induced laughter in said reviewer; I assure you, this is untrue. The Hunter's Bride is very, very serious. It is not funny at all, and you can take it out and read it and it absolutely won't make you dissolve into laughter. 😇 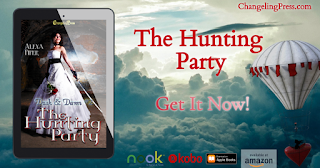 Alexa Piper writes steamy romance that ranges from light to dark, from straight to queer. She’s also a coffee addict. She loves writing series, and her Fairview Chronicles follow a ragtag gang of supernaturals who try to make their city safer. Mostly. Her second series, Dusk & Dawn, explores banter and the trappings of a world in which Vampires, Werewolves, and the Fae live alongside humans. Connect with Alexa on Facebook, follow her on Twitter, and subscribe to her newsletter!